‪‬
Startseite » Feuilleton » Kultur » In The Memory of Mario Gross-Kestranek

In The Memory of Mario Gross-Kestranek 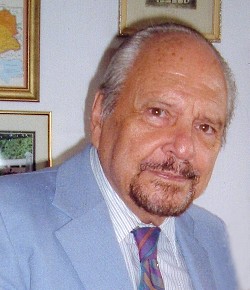 There are people who can afford to stay in the background, despite their greatness. There are artists who work for the joy of creation; thinkers who are too familiar with the truth, in order to defend their views publicly. There are people, who know that not everything they did was right, and still have no regrets. The life story of Mario Gross-Kestranek could fill volumes, but those parts, which are of real importance, can be described with few words. He was a man of great talent, who had decided not to become a celebrity. For those who really knew him, he was a model, an idol; he was the man most of us would like to be.

As noble as his name sounds as noble was his appearance. His father was the actor Oscar Gross, his mother, Hanna Kestranek, sculptor and poet, daughter of the „steel baron“ Wilhelm Kestranek. Many well known names appear in the lineage of his family. The philosopher Karl Wittgenstein was one of Wilhem’s best friends. The poet Hugo von Hofmannsthal, admirer of Mario’s aunt Ida.  Edmund von Hellmer, creator of the Johann Strauss monument in Vienna, taught Mario’s mother Hanna the art of sculpture. Also the famous Austrian actor and author Miguel Herz-Kestranek is, as his name suggests, a cousin of Mario Gross-Kestranek. The list could go on, but this should be done elsewhere. 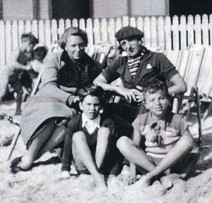 His home town was Vienna, which he loved for his entire life, but in which he only spent very few years. Destiny wanted him to see the light of day in Berlin on October 4th of 1927. Mario was not yet 12 years old when World War II broke out. Financially secure, his father decided to leave Europe. He had two countries in mind, Australia and Canada.  It was a postcard he had recently received from Montreal which helped his father choose the city which would become their new home –  . a  city in which he never felt happy, as Mario used to tell showing deep sadness in his eyes.

Influenced by his mother, who gave him his first lessons, Mario dedicated himself to the fine arts, especially to painting and the creation of wooden sculptures. Though he had put a lot of thoughts on paper writing profound poetry, he practiced simply the “art of living” yet it was the work of the painter with which he identified himself. He used to introduce himself as  „painter and sculptor“

Two years after the war, his father passed away. His mother  decided to stay in the comfortable house in Westmount, the most elegant district in Montreal. In 1949 Mario married the young Estonian Leida Puusepp who had already seen  the hardship of life. Fleeing the Russians she crossed Europe on foot, before she would finally settle down in Canada, looking for a better future. Leida, whom he called lovingly “Lee”, accompanied him throughout his entire adventurous life.

During the warm summer months they often preferred to stay in Montreal, but as soon as the winter approached – the temperatures easily dropping to thirty degrees below the freezing point – Mario and Lee moved regularly to warmer places. They spent many winters in the Mexican resort of Puerto Vallarta, long before it was known to the tourist agencies. Then again, they lived for months in Vienna, enjoying the lively atmosphere of the city on the shores of the Danube river. One day, it must have been around 1960, after a few bottles of champagne with friends, Mario had the idea of traveling to India. The very next day he purchased an off-road vehicle, and soon later Mario and Lee journeyed across Iraq, Iran and Afghanistan to the southern tip of the subcontinent.

Was Mario happy during those years, living a lifestyle that most people can dream of, at best?  This image, a self-portrait, shows how he saw himself, giving us an idea of how he felt. His face is not only unhappy, it seems tortured, full of anger, not to say, of hate, searching for something … for what? 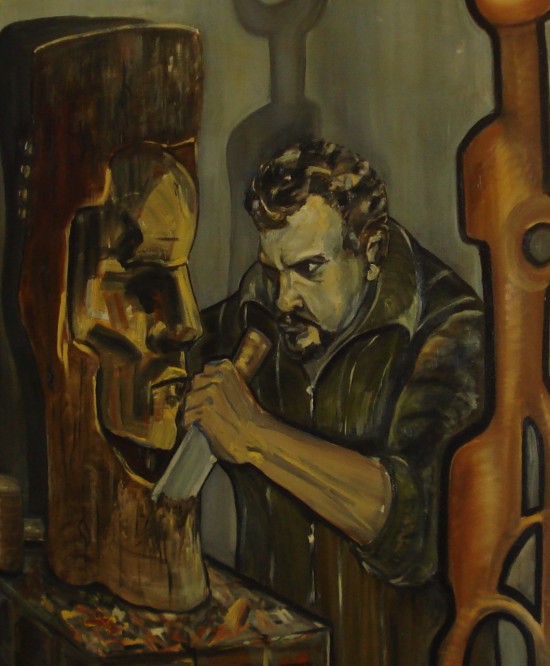 Perhaps his poems, which he wrote in English, might reveal something about his inner life. One of them bears the title: At Night

Have your eyes ever wandered –

Of your brightly-lit room –

Into the abyss of doom?

Have you ever drawn curtains –

On the outskirts of light?

Have your ears ever wandered –

To the screams of time dying?

Have you ever walked in silence –

Winding Through the tomb of ages?

Have you ever passed a mirror

In a room devoid of light?

Passed it without ever knowing?

The room of your childhood-dreams –

At some point during his early fifties, Mario  decided to stop traveling . As much as he loved Vienna, he preferred to settle down in Montreal. Why? Because it was the city he liked least. Because there he suffered boredom. Because nothing motivated him to leave his home and workplace. Because in Montreal he worked on a regular basis, something he rarely did in those places where he dedicated himself to joy. 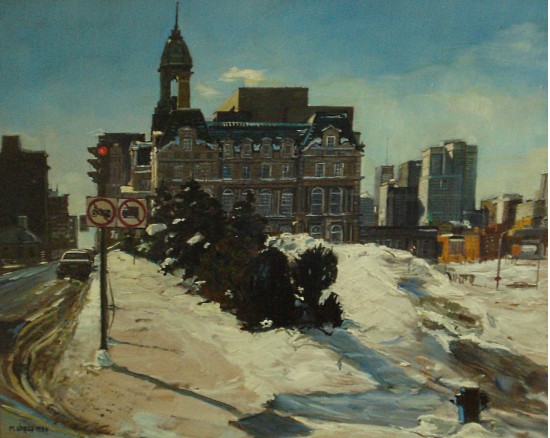 I do not know how many pictures he painted during the following years, how many sculptures he  created, sold in galleries to people who remained mostly unknown. I do not know how many books he read. Slowly, year after year, he moved deeper into a state of quietness. During his impetuous young life he was searching for something; and slowly he began to understand what this something was. 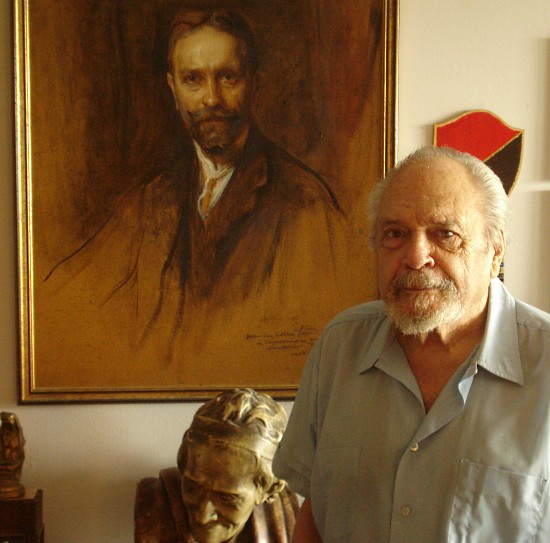 The wild, passion-ridden Mario turned into a wise and distinguished man. His life experience in connection with his remarkable education, his unclouded discrimination regarding the backgrounds of world development, made him understand the modern Zeitgeist probably better than anybody else. Mario had reached the climax of his life; and for those questions which still remained unanswered to him, he probably had to wait for the time when he would enter another dimension.

It started with a harmless fall over a short staircase. Days later he underwent surgery. Blood had accumulated on the surface of his brain. The surgery had gone well. Mario recovered and it seemed that he would leave the hospital within a few days. While he certainly was able to joke and laugh, he suddenly said, thoughtfully: „I know I hurt my head when I fell, and still didn’t go to a hospital. Why not?  Probably I didn’t want anymore! „

Complications set in. A light heart attack, an inflammation, extremely high acid levels in the blood, the kidneys failed, and so did the liver. It was afternoon, shortly before four clock, on Saturday, 22 May 2010, that his life was over. A life, which an almost blind painter with shaky hands would not have wanted to continue. 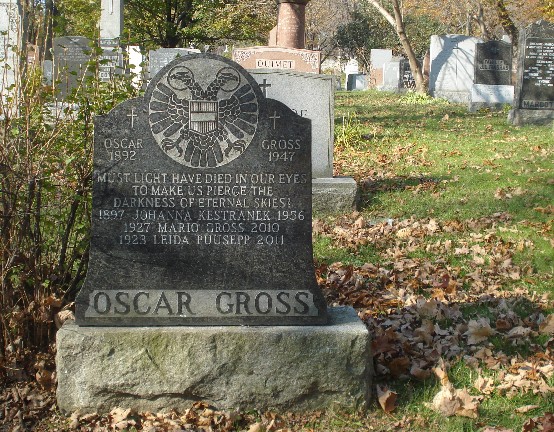 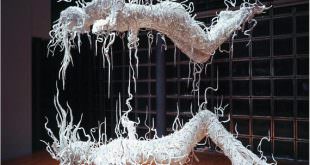